The Buffalo Sabres have been an integral part of all things Western New York since 1970. The team has always been a source of buzz and continues to be a positive force in the City and its suburbs. This time, the Sabres aren’t turning heads because of their on-ice performance, but because of its investment in a state-of-the-art hockey and entertainment haven that is being built next door to First Niagara Center.

The HARBORcenter began construction on April 13, 2013 and has a strict completion deadline of September 2014 to coincide with the beginning of the Sabres’ 2014-2015 season. When all’s said and done, the facility will be home to two NHL-sized ice rinks, a full service hotel, a two-story restaurant, street-level retail space and a five-story parking garage. The facility will also contain a training center to develop Western New York hockey players of all ages. Local teams such as the Buffalo Sabres AAA Organization and Canisius College Division I Men’s Hockey will compete at the HARBORcenter next season.

The Buffalo Sabres, along with their Construction Manager Mortenson, have selected Danforth to complete the HVAC and Plumbing portion of the $172 million project. The size, time frame and complexity of the project made Danforth a natural fit for the job. By combining a great working relationship with the Sabres’ Construction Team and Danforth’s Team, led by a Project Manager, CAD Coordination Team and skilled tradesmen, we are able to meet this aggressive deadline while not interrupting normal operation of the First Niagara Center. This project has been broken up into many phases in which Danforth has been selected to provide HVAC and Plumbing systems for the new hotel, restaurant/ bar, parking garage and ice rinks. Upon project completion, Danforth will have provided fully 3 -D coordinated CAD model of the building’s mechanical systems that we fabricate and install from. In this model will be all the pipe, valves and fittings associated with this project as well as, several boilers and cooling towers, rink dehumidification system, sheet metal , Fan coil units , heat pumps and a natural gas piping system to name a few.

When installation is complete, Danforth will provide in-house system commissioning and NEBB Certified air and water balancing. The optimization of the HARBORcenter’s mechanical systems is required to achieve LEED certification. If all goes to plan, the facility will achieve LEED Silver Certification which indicates the facility’s commitment to minimizing its environmental footprint and sustainability. 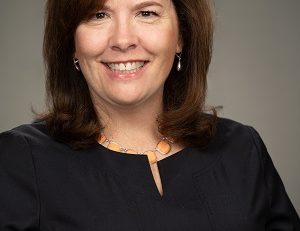