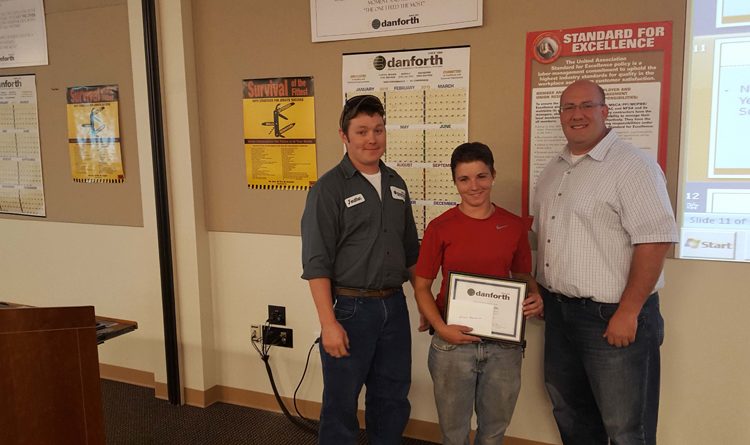 Buffalo Service Technician, Nicole Kantowski, is this month’s Apprentice Highlight. Nicole is a third year apprentice and has been working with Danforth for nearly two years. She began her service career with a Pennsylvania firm before joining the Danforth Team. Nicole specializes in maintaining heating and cooling equipment for a wide variety of commercial customers around Buffalo, New York.

Currently, Nicole is working exclusively on the Verizon Wireless Cell Towers contract. Danforth and Verizon have a maintenance agreement that covers approximately 1,000 cell towers across New York State. Nicole is responsible for maintaining the wall-mount units that keep the cell tower equipment from overheating. She maintains towers in the Western New York region spanning from Buffalo and Niagara Falls to as far south as the Pennsylvania state line and east to Allegany County. Nicole said, “This service agreement is a little different than the norm.” That’s because there are hundreds of locations for Nicole to service and some of them are in remote areas of Western New York. She and the Service Team have to plan accordingly to get the vans into these locations. Nicole has also been involved with several notable customers including the Innovation Center at the Buffalo Niagara Medical Campus, HealthNow, Medaille and Trocaire Colleges.

Nicole has made a positive impact on the Danforth Service Team in her short time with the company. When asked about her favorite part of the job, Nicole commented, “I like the accountability aspect of the job, I know I need to have a good day everyday because our customers are counting on us to keep their facilities operating how they should. I like the fact that I have to rely on myself to do a good job.” Part of doing a good job is being safe. When asked what she does to keep safe on a daily basis, Nicole smiled and said, “Carry bee spray, and lots of it!”

Nicole has a bright future ahead of her at Danforth. She loves coming into work every day as a Commercial Service Technician and wants to continue doing so for as long as she can. In the future she would like to oversee work. 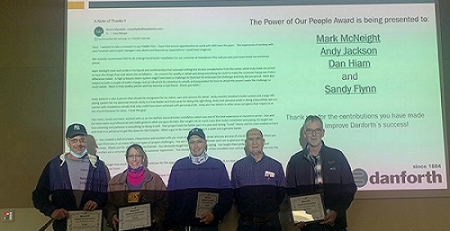