Danforth CEO Kevin “Duke” Reilly received an award at the Buffalo Business First’s 612’ C-Level Executive Luncheon. The awards were given to several Buffalo area executives who display outstanding leadership and have a positive impact on the communities in which they do business in. Duke was one of three honorees in the Real Estate, Development and Construction category; other categories recognizing outstanding business leaders include Banking, Healthcare, Education and Non-For-Profit.

Duke was nominated for being a proven leader in the industry and the community.  His leadership and guidance has developed Danforth into one of the largest and most successful mechanical contracting firms in the United States. He has been involved in the planning and execution of some of the largest and most important projects locally as well as New York State and beyond. Duke shares in Buffalo’s vision and participates through projects influencing urban development, education, medicine and technology.

Danforth has been a valued partner in the construction of several local keynote projects including Gates Vascular Institute, John R. Oshei Children’s Hospital, University at Buffalo School of Medicine and Conventus Medical Building. These projects will be the home of state-of-the-art medical research, practice, teaching and patient care right here in Buffalo.  Duke strategically built Danforth to be able to provide the very best mechanical solutions to serve the complex needs of these facilities.  Duke has positioned Danforth to be at the center of the technology revolution that is developing in Buffalo as well.

These projects have brought significant growth to not only Danforth, but also the Western New York Region.  In recent news, Danforth has agreed to purchase 26.6 acres of land down by the new site of SolarCity.  This land is to be analyzed and remediated for commercial use that will continue the Buffalo economic boom. Danforth will be constructing a 50,000 ft² facility to not only support SolarCity and local industry, but industry across New York State which includes our operations in Rochester and Capital Region.  Danforth will add over 130,000 ft2 of best in class office, fabrication and modularization space adding 50-75 new jobs throughout Buffalo and New York State. 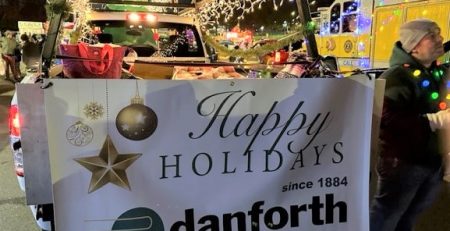 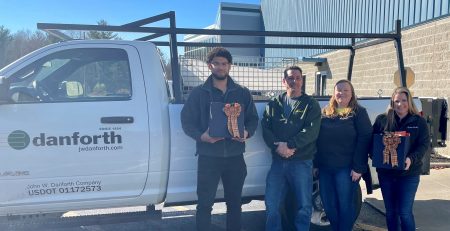