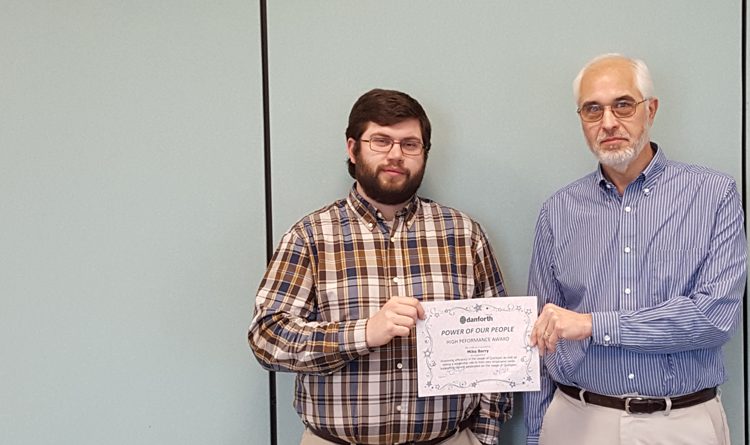 Buffalo Estimator, Mike Barry, Recognized by Estimators for Going Above and Beyond

Even though Mike is one of the younger members of our estimating team, he has assumed a leadership role in technology related issues. On his own initiative, he helps each member of the team solve Quickpen and general computer problems. Recently, Mike was quick to react to a computer malfunction that shutdown much of the estimating software. He quickly contacted the software vendor and coordinated efforts between this vendor and the internal IT team.