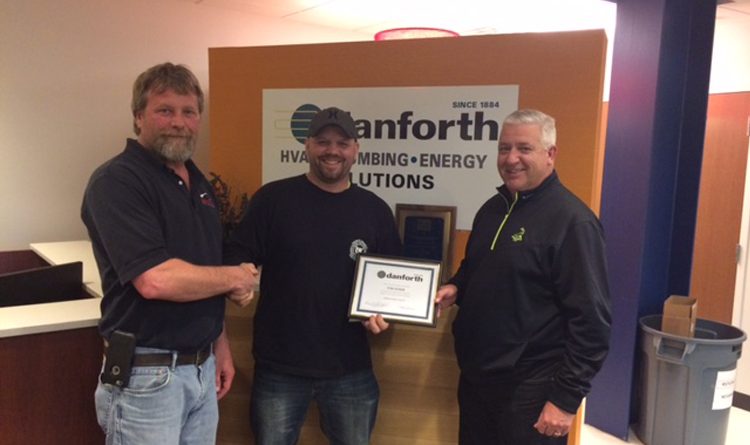 Thomas Doner has been recognized by his supervisors at this month’s Apprentice Highlight. Tom is a member of the Local 773 and has been at Danforth since December of 2014. He has worked in three separate buildings at Global Foundries in his time at Danforth, TDC, HPM, and the D-CUB.

Tom was hired by Danforth in December of 2014 to work on the TDC contract at Global Foundries in Malta, NY. It didn’t take long for his supervisors to notice his talents, motivation, and leadership skills. Because of this, he was one of the first four people that were selected to work on the D-CUB project. The Project Team was recognized for the D-CUB project and was awarded the New York State AGS Partnering Award. Earlier this year, Tom participated in the Introductory Foreman Training Program to continue his efforts in solidifying his and Danforth’s future in the Capital Region.

Currently, Tom is working as the foreman for the HPM Dispense Project at GlobalFoundries. This project poses the challenge of installing and testing process piping in an operational sub fab. The scope of the project has the Danforth Team working on the process piping used for hazardous chemicals and gases. Tom’s planning and preparations have been tremendously important in ensuring the safety the workers and because of this, he has been extremely successful in pushing the project towards closeout.

Going forward, Tom wants to continue to learn and become familiar with all aspects of his trade. He aims to attain as much knowledge as he can to become proficient in all areas and become a better UA Local 773 member.