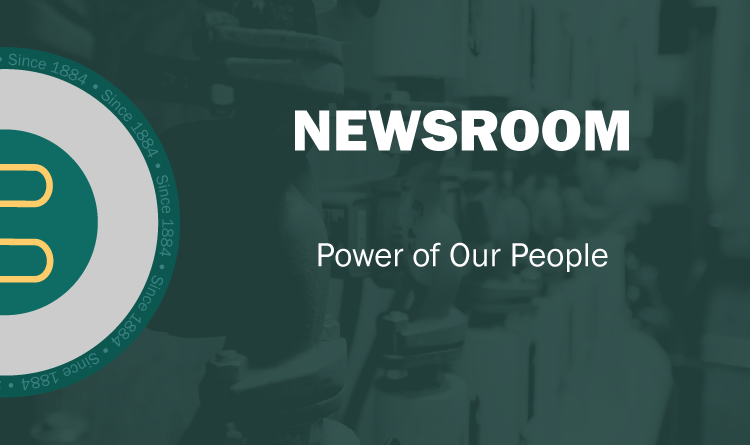 Danforth has recognized Jerry Wiess with the Power of Our People Award. Jerry is a member of Buffalo’s United Association of Plumbers and Steamfitters Local 22 and has been employed on multiple Buffalo projects including General Motors, Buffalo General Hospital, Olin Chemical and Key Bank Arena among others. Mike Bement nominated Jerry for this award for his participation and successful completion in the 2017 International Contest of Industry Apprentices held by the United Association of Journeymen Apprentices of the Plumbing and Pipefitting Industry.

Over a period of several months, Wiess competed in the Pipefitter contest at the state, district and regional level, winning each round and earning the privilege to compete at the national level. The final contest took place in Ann Arbor, Michigan during the U.A.’s weeklong Instructor Training Program. The competition spanned 5 days of work, throughout which Jerry was required to complete both written tests and several complex hands-on projects within the pipefitting field. He competed alongside 31 other apprentices out of a total of 43,000 current U.A. apprentices from the United States, Canada and Australia. At the end of the week, Jerry was awarded as the winner of the Pipefitting competition. Danforth is proud to support Local 22 and talented pipefitters like Jerry Wiess. Congratulations on your accomplishment Jerry! 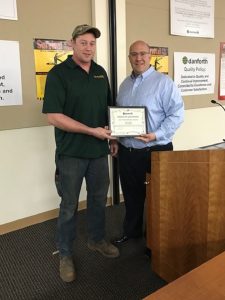 Danforth has been an industry leader since 1884. We have strategically invested in physical assets such as office space across New York State, over 100,000 ft² of fabrication space, a large vehicle fleet and state-of-the-art tools to deliver the highest quality projects to our customers.
Our most important asset is our people.