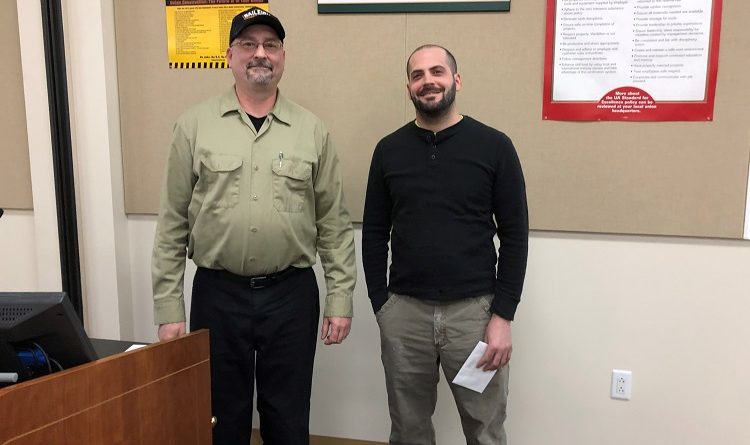 On Friday March 9, Jack Dafgard was honored as the Buffalo Operations Worker Highlight. Jack has been with Danforth since 2006 and worked his way through the Local #71 Apprenticeship program. He is now the second shift Foreman for Danforth’s sheet metal fabrication shop here in Buffalo. Ken Jablonski nominated Jack for his ability to connect with all level of shop and field workers, his performance under pressure, and his positive attitude and leadership in his role. Jack was also one of three employees who was integral in the training, equipment setup, and fabrication of a new insulated ductwork product line for Danforth. His willingness to take on this new challenge and learn new software and fabrication methods has helped ensure the success of that product.