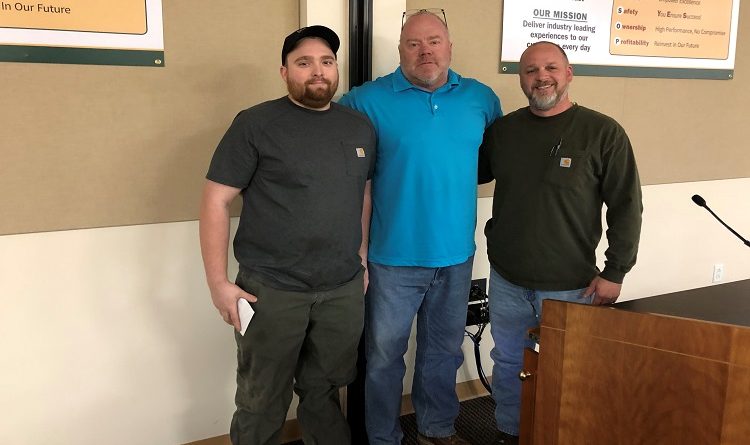 Local 22 second year apprentice Brad Snyder was recognized as the Buffalo Operations Worker Highlight during the May Foremen’s Meeting. Brad started out as a metal tradesman in the fabrication shop in 2015. He was then accepted into the Apprenticeship program for UA Local 22 where he has continued to improve his skills and learn whatever he can about the trade. Darryl Benham, Danforth’s Piping Labor Coordinator, noted that Brad has great layout skills for a second year apprentice and has learned how to operate all of the pipe shop equipment. Brad was nominated to be recognized as the worker highlight for his skill-set, his work ethic, as well as his willingness to mentor the new metal tradesmen in the fabrication shop. Brad has a bright future at the John W. Danforth Company. Congratulations Brad and thank you for all of your hard work.