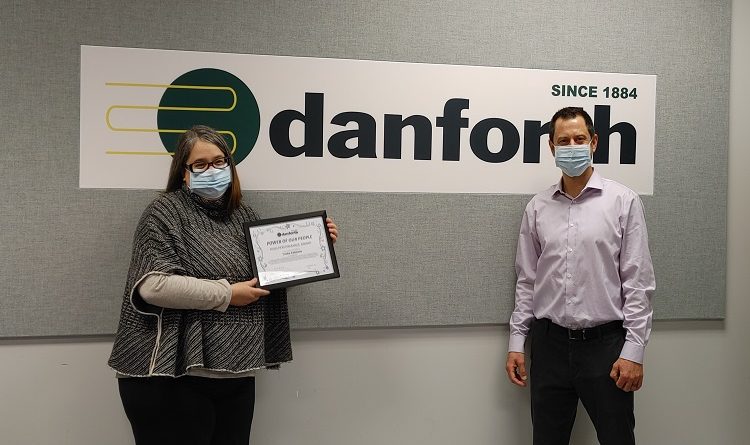 Trisha Catalano was recently presented with the Power of Our People Award by Chief Estimator Mike Ranalletta after he nominated her for the award due to her extreme ownership of operational efficiency in estimating for the Central NY Region. By handling the bulk of document management for the engineered construction, design-build and service teams, she allows the estimators to stay on task and bid more work. She also frequently steps up to assist with tasks outside of her normal duties, including  pulling data and producing graphs and charts for the CNY team’s reporting presentations. In his nomination, Mike noted Trisha is an integral part of the success of the estimating team in Central NY and across Danforth. Please join us in congratulating Trisha.

About the Power of Our People Award
Danforth has been an industry leader since 1884. We have strategically invested in physical assets such as office space across New York State, over 100,000 ft² of fabrication space, a large vehicle fleet and state-of-the-art tools to deliver the highest quality projects to our customers. Our most important asset is our people.

The Power of Our People Award is given to those who go beyond the call of duty day-in and day-out. Without our people and their commitment to excellence, Danforth would not be a best in class contractor that it is known as in the market. At Danforth, we believe in the Power of Our People and recognizing our employees for their hard work and dedication. We are committed to investing in our employees to develop them professionally and personally so that the legacy of our founder, John W. Danforth, will live on.