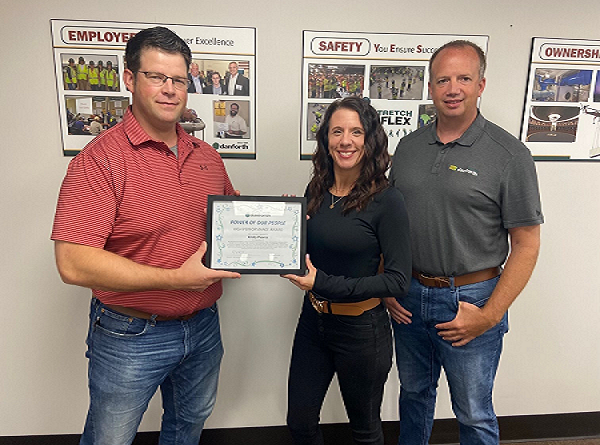 Ohio’s Kristy Pearce Recognized With Power of Our People Award

This past week, our Columbus Office celebrated another achievement and presented Project Coordinator Kristy Pearce with the Power of Our People Award. Pearce was nominated by Senior Project Manager Paul Rogers and Vice President and Market Sales Manager Jason Strickle because she was instrumental in establishing an office space in Dublin for our Columbus personnel.

She also played a key role in getting Danforth’s name and presence out into the community by organizing and promoting a ribbon cutting ceremony.

“The successful transition and opening of our Columbus region would not have been possible without Kristy’s leadership, drive and guidance. She went above and beyond to ensure that Danforth would be set up for success in a brand new region,” said Strickle.

“We are proud to have Kristy on our team; she is playing a major role to the start of Danforth’s Columbus story,” added Rogers.

Congratulations Kristy on this well deserved award and recognition!