Pride In Our Past, Present and Future 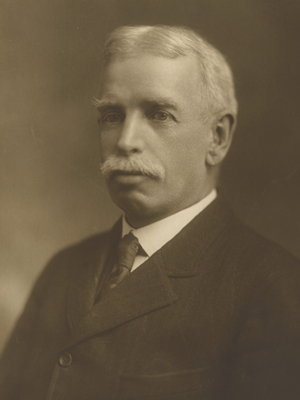 The Danforth tradition began over 130 years ago in Buffalo, New York. Our founder, John Willison Danforth started the company with the goal of providing the highest quality Residential and Commercial heating systems. At the turn of the century, World War I was thrust upon the United States. Danforth served as the general contractor to the US Navy Bureau of Yards and Docks, overseeing projects on both the East and West coasts. During the roaring 20’s, we expanded our capabilities to better serve the booming chemical and steel industries that flourished in Buffalo. In the 40’s, Danforth aided in the war effort by constructing aircraft-manufacturing plants.

Danforth’s capabilities continued to grow with Western New York. In the 60’s, Danforth began providing cutting edge Cleanroom construction for customers such as Westinghouse and Bell Aerospace. The 70’s brought Love Canal to the national spotlight and Danforth responded. Danforth became one of the first contractors to be licensed by the Atomic Energy Commission to perform remediation work in the Buffalo community. Throughout our history, we have adapted and grown to better serve our community and our customers’ needs.

Today, we continue to build upon our experience and reach out into new, emerging markets. Our commitment to excellence has propelled our firm to be ranked the 4th largest mechanical contractor in the Northeast. We now have facilities in Buffalo, Rochester, Syracuse and Albany, New York, as well as Columbus, OH, allowing us to better serve our regional customer base.

Going forward, Danforth is committed to realizing our founder’s vision to be the very best. We will continue to innovate and better ourselves to give our customers the best value for their hard earned dollars. We are dedicated to continual improvement and look forward to helping our customers achieve their goals.