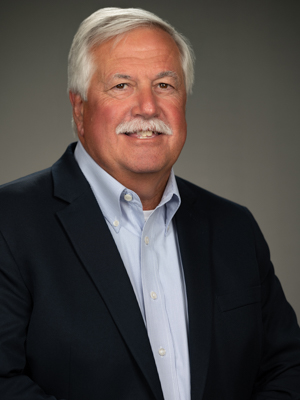 Jerry joined Danforth in 2010 as the Vice President of Client Solutions, focusing on negotiated sales and marketing. During this period, Danforth more than doubled in size and now has a footprint across upstate New York. As the Senior Vice President of Sales, he currently is responsible for all order intake with a main focus on identifying market opportunities, developing strategic partnerships, long range sales planning and growth strategies, as well as a particular focus on sales management and sales professional development.

Jerry’s career began in 1981 in the energy management and building automation industry as an energy utilization specialist and later as an application engineer. His career moved from operations into sales in the late 1980’s. Since then, he has progressively moved through multiple sales and leadership positions. At age 31, he was promoted to general manager of the Albany branch of an international technology company. During the early 2000’s, Jerry was the North Region Energy Manager responsible for the growth of the energy business in the Northeast. In this position, the business grew 22% annually for several years. In 2008, Jerry took on the role of Area Manager and had profit and loss responsibility for a business segment valued at $105 million. This represented $82 million of the traditional HVAC automation and service business in Upstate NY and $23 million in energy conservation business throughout the Northeast.

Jerry attended SUNY Alfred and SUNY Buffalo where he earned an AAS in Electro-mechanical Technologies and a BS in Industrial Engineering Technology respectively. He also attended Canisius College where he earned his MBA.