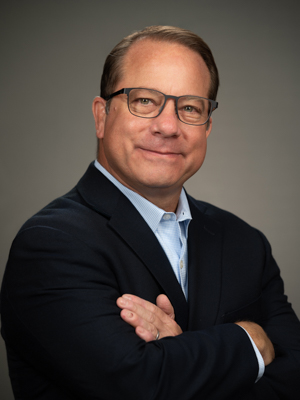 As CEO, Robert is responsible for strategic direction, growth and organizational foundation of the company. In addition, Robert ensures all company efforts promote the spirit of Danforth’s vision, mission and core values.

Robert has nearly 30 years of mechanical industry experience including general contracting for mechanical systems, manufacturing and industry education. After graduating from the University of Florida, Robert began a career in the mechanical contracting industry as a District Sales Manager with Lochinvar Corporation in 1991.

In 2005, he was promoted to Vice President in charge of strategic direction and contract execution of project management. Robert became Executive Vice President in charge of company operations in 2010. In 2015, Robert was named the eighth President in Danforth’s history, and was subsequently named President & CEO in 2018. Robert currently serves as Danforth’s CEO, working in collaboration with the company’s Board of Directors to establish strategies, plans, and policies to maximize the company’s success and achieve target results across Danforth’s operations.

Robert also serves as a SMART Local 71 PH&W management trustee and a member of the Labor Negotiating committee.

Robert volunteers his time to local community and charity organizations such as Kaleida Health Foundation Board, WNY Make-A-Wish Advisory Board as well as volunteering for his children’s various activities.